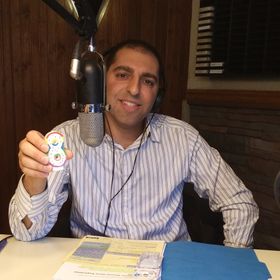 We're increasingly dependent on technology. Our business and personal lives rely on it, but as you've probably noticed, it's unreliable.

They promise it'll get better, but it usually gets worse. Our computers are slow, so we end up squinting at smartphones. We live in constant fear that something's going to happen to our personal data. So we're scared into paying for fake protection that proves useless when disaster strikes.

The jokers we pay to fix our stuff have no clue what they're doing, so they wipe out our precious photos and tell us to buy a new machine.

If we only had someone to explain it all in Plain English, so we can start protecting ourselves. If only, we had... The Computer Exorcist Podcast, with your host, Marc-Anthony Arena!

This show is for intelligent people who are intimidated by technology, and think it's somehow their fault. Once people learn what the industry is doing to them, they're ready to get torches and pitchforks.