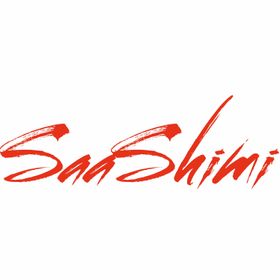 Podcast about software and cloud

Season A - Ep. 18: Bruno Aziza, Head of Data & Analytics at Google Cloud on the past, present, and future of Data Analytics

Season A - Ep. 9: Mark Znutas, VP of GTM Strategy and Operations at HubSpot on RevOps

Season A - Ep. 7: Anadelia Fadeev, Director of Demand Generation and Growth at Teleport on Lead Gen and Brand Awareness

Season A - Ep. 5: Andy Bane, CEO of Element Analytics on unifying OT and IT data

Season A - Ep. 4: Alok Ajmera, CEO of Prophix on converting software from on-prem to a cloud

Season A - Ep. 1: Dave Kellogg on VC and PE investments in SaaS companies

I. A Brief History of SaaS - Phil Wainewright

Bruce Cleveland is a Partner at Wildcat where he focuses on early stage software startups that enable digital transformation across business, government, and education markets. Bruce enjoys working with companies that use technology and data to increase revenue and decrease costs.

Bruce held senior executive roles in engineering, product management and product marketing with companies, such as Apple, AT&T, Oracle and Siebel Systems. Bruce’s last operational role was as a member of the founding executive team of Siebel Systems, where he served as senior vice president and general manager of Marketing and Products. In this role, Forbes and IDC credited him with creating the most effective B2B alliance program in the software industry. Bruce began his venture capital career at InterWest Partners, where he was the first investor and a former board member of Marketo, which held an IPO in 2013 and was acquired by Adobe in 2018 for $4.75 billion.

SIGN UP at https://www.saashimi.cloud to receive transcripts of the interviews and news about upcoming guests and events.