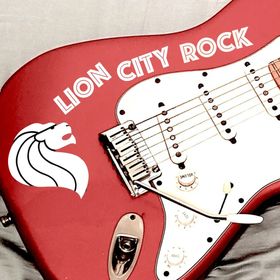 Are Singaporeans negative about music made in Singapore by Singaporeans? How did Singapore's pop scene come about? Is there a difference between LionCityBoy and Lion City Kia?

If you don't know, then you need the Lion City Rock podcast - the only podcast that looks at Singapore's pop music scene: past present and future.

Find out all about music made in Singapore as hosts Chris Toh and Kevin Mathews - and their special guests - plug into important Singapore music moments in this informal chat.

New episodes go up (or drop) every Tuesday.

S2 Ep7: It's the man with the music plan: It's Dean Augustine!

Ep11: Hard to the core with Francis Frightful

Ep7: Sheena - we mean, Ginette - was a punk rocker

Ep5: The goal is soul with Dru Chen