In a post-apocalyptic future where technology has been outlawed, Deban Rimpa, a scrappy bike messenger, befriends a sentient robot head named Saner 0805. She embarks on a grand adventure through Ignore City to save civilization before government agents catch up with her. Ignore City is written by Ed Cho, author of the graphic novel series, Little Guardians, and features original music, songs, and voice work by The Shake Ups. 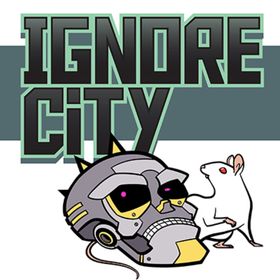 Ignore City 5: The Bike Is Ribs