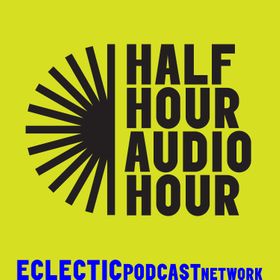 A monthly anthology of 10-30 minute audio drama scripts from a different playwright each month. Each episode will include an introduction of, and Q&A with, the playwright. The Half-Hour Audio Hour focuses on the work of women, BIPOC, and/or LGBTQ+ playwrights.

Getting in on the Blag

A Kiss From Back Home
exclusive

To See And Be Seen
exclusive

Direct from the Director

A Chat From Puerto Vallarta

Let Me Tell You About Charlotte
exclusive

Let me Tell You About the Cast!

Interview with the Gorgon

Antoine At The Border
exclusive

Down the Rabbit Hole

DOWN WE GO
exclusive

Pay No Attention to the Man behind the Robot...

The Secrets of Diltie Moss!

Meet the Director of Death (And Grandmother Choi)

Breakz tells the story of Alfie X, a rapper with huge mainstream popularity, who finds himself at the center of a career crossroads after he makes a highly public and out-of-

character statement following the police shooting of an unarmed black man. Will he walk back his comments to hold onto his fame, as his publicist wants him to, or will he speak his mind? Breakz asks the questions we all must ask ourselves when faced with the choice between complacency and justice.

Meet the cast of Breakz!