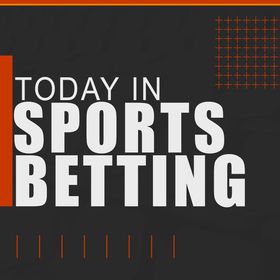 Today in Sports Betting from SportsEthos.com is a cutting dose of daily betting card handicapping. This is NOT a show to sell picks. None of our Pros sell their info. This show is all about learning how to read a card, handicap, and then, how to do it yourself.

Get Your Long Weekend Started Right with 15 MLB Games

Big MLB Slate of 16 Games Tonight and Plenty of Angles

Nothing but MLB Today and Doug Hits all 15 Games

NBA Finals Game 6 and a Game Slate in MLB

All MLB today in a Huge 16 Game Slate

Some day and night MLB games today before heading to the ice for big Game 5.

All Baseball Today as the NBA & NHL Playoffs take a break.

NBA Series Switch Venues and a Big Friday Night Under the MLB Lights, Plus a Quick NHL Slate

MLB & NHL Day as the NBA Takes a Break.

The Play In's Continue as does a Large MLB Slate, Followed by a Small NHL Card

MLB is the What's Up Today and all twelve games are reviewed.

Opening Day #2 in MLB and the NBA Silly Season Continues

Opening Day in the MLB, but someone forgot to tell the NBA & NHL,

NBA is Back with a Big Slate and the NHL is almost as Big Tonight.

Staying on the Bucks train and some fun NHL Same-Game Parlays.

Riding with the Bucks and some great games in the NHL

Let the Madness Begin with 16 Games in the First Round.

Conference Tourneys Wrap Up and Start Up Today, plus the NBA & NHL Boards

3 more Conference Tournaments and Doug breaks down the Big South, Northeast and Ohio Valley games. Then onto the NBA, NCAA and NHL boards with a Prop thrown in.

Its Conference Tournament time and Doug breaks down the ASun, Horizon and Patriot League. Then onto the NBA and NHL Boards.

Friday Strategy Session: Understanding NCAA Conference Tournaments and how to punch your ticket to the Big Dance.

Friday Strategy Session: Understanding NCAA Conference Tournaments and how to punch your ticket to the Big Dance. Doug also Hits the Boards in the NBA/NCAA/NHL in tonight's action

SUBSCRIBE and RATE on iTunes by clicking anywhere in this line!

PropUp on ThriveFantasy this NBA season! Use code ETHOS at signup for a 100% deposit match bonus and win big cash by simply flexing DFS prop knowledge on the biggest names on the board!

Manscaped is BACK, baby! Just like the NBA! Use coupon code HOOPBALL20 to get 20% off and free shipping on your purchase at Manscaped.com!

Want more codes? We got 'em! ExpressVPN is offering 3 BONUS months on every 12-month membership purchase by using this special link: https://www.expressvpn.com/hoopball

The NBA is Back! Lots on NBA action and a large Thursday College card to review with some small Conference schools catching Doug's eye.

Friday Strategy Session: Betting Terms 101. Doug goes over sports betting terminology for the new better and explains how Sports Books make money. He also break down the NCAA and NHL boards for tonight.

Can the Warriors stay hot and some gems in the America East Conf. tonight

Riding the Rockets and Penny's Tigers to keep rolling

Living with Domantas and the Kings

Locked in on the Bulls

Hitting the Boards on a Tuesday night of action in the NBA, College Basketball and the NHL.

Hitting the Boards in a big Wednesday night of action in the NBA, College Basketball and the NHL.

Hitting the Boards in the NBA, College Basketball and the NHL.

Hitting the Boards in the NBA, a huge NCAA schedule and some NHL.

Hitting the Boards on a big Wednesday Night

Hitting the Boards on Super Tuesday

A day of Overs on the Board in CBB plus NBA & NHL plays.

The Re-Birth of TiSB

Football, Futbol, We Got 'Em

Let's Get Some Liga MX in Here Too!

Liga MX, NFL Preseason Totals, MLB in the AM and PM

Give Me All the Prop Bets!

Thursday Best Bets on All Sports

So Much Baseball, So Much Action

Is It Bucks Bounceback Time

Baseball Betting from Morn to Night

Fill the Bag with Big Bucks

Baseball Best Bets, Must Be Wednesday