Hosted by Ben Beck, Wilhelm (formerly The Spotlight) features conversations with friends, fellow podcasters as well as the occasional special guest discussing all things film and television. Each episode will feature a conversation with a guest including everything from discussing a specific franchises or series, breaking down favorite films of a particular actor, exploring tropes in movies and TV, or even settling pop culture debates. The discussions are endless and always fun!

In addition to film and TV topics, Wilhelm will also include bonus episodes made up of New Film Reviews and conversations with people in the entertainment industry such as actors and actresses, directors and writers as well as performers and stand-up comedians. 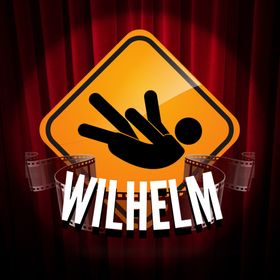 "SIX SEASONS AND A MOVIE" Top 5 Favorite Episodes of Community

"INDEPENDENCE DAY" A Wilhelm/Run for Your Lives Crossover

"LOVE IS IN THE AIR" Top 5 Favorite TV Couples

"THERE IS NO SPOON" Diving Deep into The Matrix Franchise