The Shepard Ambellas Show is an all-original fast-paced comedy, variety, and news show where nearly everything goes. Exclusive on Ambellas Talk Network. The show is also available on Apple Podcasts and Spotify. The show is ranked as high as #66 on the charts for news and commentary in the United States.

Shepard Ambellas is the founder and editor-in-chief of the popular independent news website Intellihub.news (news and politics) and the Ambellas Talk Network (ATN.live).

Support the show and network. Show some love. 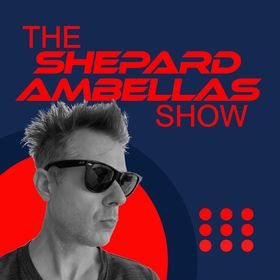 They are targeting innocent Americans | #263

S2E122 | Mountains were once living titans

S2E114 | Elon steps down from Twitter, and Flat Earth debate with caller

S2E111 | Demonic portal from hell above the White House