With every story, there is what's called an "Inciting Moment." It's an event that occurs that jump starts a characters journey or serves as the root cause of a story's conflict. The Inciting Moment is a podcast consisting of like minded individuals that discuss films, video games, and just about anything that can be argued to have an inciting moment. New episodes are released bi-weekly on Fridays and each member of the podcast takes turns recommending a new film to discuss. The following film is announced at the end of every episode so listeners can tune into the conversation as well. 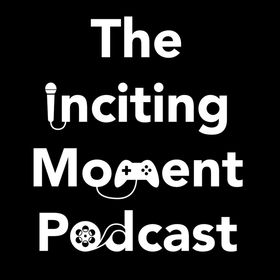 EP 12: Trivium's "In The Court Of The Dragon" Music Video, History of Music Videos, The Tomorrow War, Megamind

EP 10: The Pulp Trilogy (The Shadow, The Rocketeer, The Phantom)

EP 8: Blizzard being Assholes With W.O.W, Sound of Music on 35mm, Army of The Dead, Twister

EP6: What makes for A Good Film Adaptation, Without Remorse, Falcon and The Winter Soldier, Hitchhiker's Guide to The Galaxy