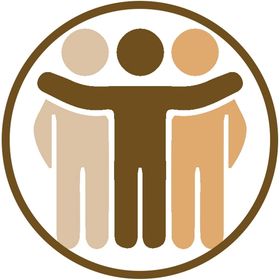 Strength to Strength is a virtual, live meeting held every other week.

The purpose of Strength to Strength is to advance Jesus’ kingdom by tackling thought-provoking topics, by stimulating candid discussions, and by sharing faith-building testimonies.

All are welcome to join and participate; the meeting is led by an invited guest. We host speakers who are supportive of a Christ-centered, Kingdom-focused, Scripture-based way of life, specifically as modeled by the Anabaptist tradition.

We encourage you to invite your friends to our meetings.

S2S Sisters: Visiting the Fatherless in Their Distress by Marcia Zimmerman

S2S Sisters: From the World and Into His Kingdom by Christina Baer

The Economics of the Kingdom of God by Edsel Burdge

Singlehood: a Calling to Be Stewarded by Bill Shiley

Serving the King in Mexico by Josué Moreno

S2S Sisters: The Battle for Emotional Purity by Darla Weaver

Rise Up, O Man of God by Lamar Showalter

BONUS TALK: Experiences as a Hostage in Haiti by Sam Stoltzfus

Hope in Depression, a Mental Health Challenge by Verlynn Yoder

S2S Sisters: The Woman’s Role in the Kingdom by Tania Taylor

The Joys, Challenges, Tears and Laughs of a Dad with Special Children by Tony Zook

Afghan Refugee Crisis: How Can We Help? by four brothers

In My Father's House Are Many Mansions by Darvin Martin

The Name We Trust by Aaron Crider

Overcoming the Overwhelm by Austin Lapp

King and Country: the King’s Final Victory by Sam Baer

Reflections on My Use of Apologetics by Bill Shiley

King and Country: the King’s Constituents by Leo Eby

King and Country: the King Inaugurated by Ken Miller

From Atheist to Follower of Jesus by Shihua Zhu

In God We Don’t Trust by Matthew Milioni

King and Country: the King’s Stories by David Adams

Discovering the Kingdom by Daniel Willis

King and Country: The King's Constitution by John D. Martin

My Word Shall Not Return Void by Joseph

King and Country: the King Arrives by Wendell Martin

Does My Understanding of the Atonement Matter? by Philip Hess

King and Country: the King Foreshadowed by Chuck Pike

Contending Earnestly for the Faith by Clark Wray and Zack Johnson

Rooted and Built Up in Him by Jimmy Nsanze

The Unreached People Group Next Door by Clyde Zimmerman

The Power of Enemy Love by Pablo Yoder

The Power of a Story by Merle Burkholder

Life Lessons from a Zillion Canoe Trips by Brian Martin

Christians & Politics: A Challenge From History - Part 2 by Dean Taylor

Christians & Politics: A Challenge From History – Part 1 by Dean Taylor

Give Me This Mountain! by Glenn Martin

My Journey into Kingdom Christianity by Adam Boyd

Story of God's Hand in Bangladesh by Arnold Eby

The Moravian Option by Ken Miller

The Glorious Majesty of His Kingdom by Leo Eby

The Fuel That Drives by Harold Troyer

He Drew Me Back by Sam Baer

No Blood but Our Own by Zack Johnson