CHUCK FREEBY - Indiana’s 2017 Sportscaster of the Year, WHME Sports Director Chuck Freeby knows the complete Michiana sports scene as well as anyone…mainly because he’s been a part of it all his life. Born in South Bend, he is a 1982 graduate of Elkhart Central High School. In 1986, he received a B.A. in American Studies from the University of Notre Dame.

These days, he is well known for his love of area high school sports. His passion showed for 17 years at WNDU-TV, where Chuck pioneered expanded high school television coverage with “Friday Night Flights” during football season and “Roundball Roundup” for basketball.

Now, Chuck has served for over 14 years as Sports Director at WHME-TV 46 where he calls play-by-play on the high school football and basketball “Game of the Week”, various college sports events, including Notre Dame athletics on PULSE-FM and their HD.2 frequencies, and provides morning sports reports and co-hosting duties on Pulse FM.

You can also catch Chuck locally in the South Bend area before every Notre Dame Football home game on WNDU-TV with “Countdown to Kickoff”.

My wife cuts hair at her salon in our home, and she works with incoming students at a local Beauty College. Chloe (my oldest) is a graduate of Grace College in Warsaw, Indiana and is getting married in 2019.. Caleb (my youngest), is in 6th grade and loves Star Wars, Legos, Xbox, and family activities. He currently runs cross-country because I make him.

I started in mainstream radio in 1988. Alongside waking up early for the morning show on Pulse FM in South Bend, Indiana, (92.1, 96.9, 103.1) I published my first kid’s book in 2016, with more on the way. I also host “What Else with Corey Mann” podcast on the Studio DNA Network. Oh, and more thing. I know absolutely nothing about sports. 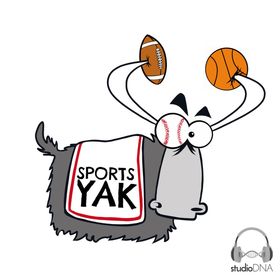