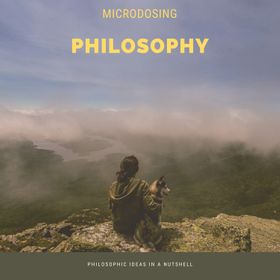 A survey of philosophers and their ideas primarily on topics of ethics and metaphysics.

A quick look at Aristotle's Modes of Appeal

Socrates meets Euthyphro by the archon office, the archon in charge of the courts. Socrates is facing charges of impiety and Euthyphro is charging his father with impiety. Socrates suggests that Euthyphro must know what piety is if he is going to bring such serious charges against his father. In a good aporetic fashion, Socrates will reveal that Euthyphro does not know what he thinks he knows. This dialogue also demonstrates important points of logic.

Arsitotle on the Soul (De Anima)

Aristotle: Accounting for change in the world

Kant's Groundwork on a Metaphysics of Morals: Section 2

Kant's Groundwork on Morals, Part one

The background to Kant's Ethics

A quick note on ethical relativism

An Introduction to Ethics