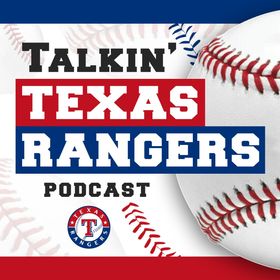 There’s no doubt quality starting pitching was one of the Ranger’s biggest downfalls in 2022. The Texas Rangers ranked 22nd out of 30 MLB teams with a cumulative 4.22 ERA. Additionally, Texas’ pitching issued the 4th most walks across the league and placed 24th in WHIP with a 1.34.

The Rangers haven’t had a winning season since 2017 which has led to growing frustration from fans and ownership alike. This is a big reason why Texas Ranger’s owner Ray Davis has given GM Chris Young the green light to increase the payroll for 2023.

Texas only has $80 million guaranteed for 2023, which is over $60 million less than last year. This means management has 60$ million to spend this offseason to match 2022’s payroll, not including any extra money the Rangers could likely spend.

With a star-studded free agency class and money to spend, the Texas Rangers are primed to make another huge splash this offseason. That being said, this episode I will give my prediction for the 2023 Opening Day rotation.

Buy Me a Coffee: http://www.buymeacoffee.com/ttrangers

Will Jacob DeGrom Land with the Texas Rangers

Can the Texas Rangers Win the World Series in 2023

Tony Beasley Era Off to a Hot Start

Rookie Bubba Thompson Off to a Fast Start

The Rangers May Have Buyers Remorse

How Do The Texas Rangers Fix Their One Run Dilemma

What Should the Rangers Do At the Trade Deadline in August

The Texas Rangers Are In The Playoff Hunt Entering June

The Texas Rangers Getting Back to Relevancy

4 Pleasant Surprises for the Texas Rangers So Far This Season

The Rangers Are Turning a Corner

The Rangers Finally Have a Surplus at First Base

Expect the Rangers to Be a Disaster in 2021

What is Khris Davis' role on the Texas Rangers?

It was Time to Let Elvis Andrus Go

Looking Toward The Rangers 2021 Season