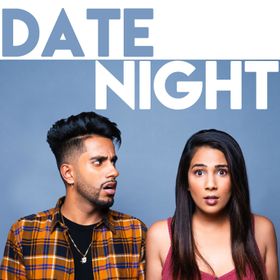 Take an Indian-Canadian couple. Make them live together, work together and move to Los Angeles together. Now give them a podcast. Meet Jaz Saini and Harjit Bhandal. They've been making sketch comedy videos on YouTube for the past 4 years but now they need a place to talk, argue... and sometimes cry. They also give great relationship and life advice, but follow at your own risk. JUST LISTEN TO THE DAMN PODCAST, OKAY? WE’VE BEEN TRYING TO WRITE THIS DESCRIPTION FOR 2 HOURS. -_-

We Got Covid & Cockroaches

Leaving All The Negativity In 2020

My Dad Hates My Boyfriend (What Do I Do?)

It's Time To Propose To My Girlfriend...

What To Buy Your GF/BF For The Holidays

can we cancel GENDER REVEALS? | EPISODE #29

stop taking everything so seriously | EPISODE #25

our cell phones are listening to us | EPISODE #24

can you forgive cheating? | EPISODE #22

we did this whole podcast drunk | EPISODE #17

why getting married is not our priority | EPISODE #16

being brown in america | EPISODE #15

friends with benefits & dropping out of school | EPISODE #14

dealing with relationship problems & believing in yourself | EPISODE #13

she wanted to break up with me | EPISODE #11

do what makes you happy | EPISODE #10

tips for working or studying at home during quarantine | EPISODE #9

living with your significant other... especially during QUARANTINE | EPISODE #7

telling our indian parents about our relationship | EPISODE #5

how perfectionism can ruin your life | EPISODE #1