ℹ This is the First Srilanken podcast based audio drama series.

Danuka Prashna is a middle-class student who lost his father in childhood, and " Sansara Nirwani", also known as "Saara", is Danuka's school's principal's daughter, who studies in the same class as Danuka.

According to Season 1 , Danuka and Sansara fell in love with each other and broke up for some reason. Then he left his urban high school and lived with his family.

In Season 2 , Danuka returns to the city because his best friend " Sajith" has got sick. Then he realised something really suspicious about Sajith's sickness and exposed lots of details about his ex-girlfriend, Sanara.

Then , "Danuka" misunderstood, Sansara attempted to murder Sajith, and the case was filed in court.

At the end of season 2 , Danuka also exposed that one person wants to destroy their relationship forever to take revenge on Sansara for some reason. Finally, Sansara won the case and started a new life with her boyfriend, Danuka. 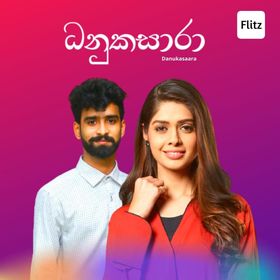