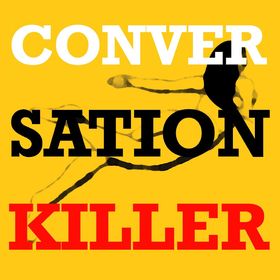 These are conversations between me and people I respect who live and work in music. The kind of conversation you might eavesdrop on if you sneaked into the back of a studio, or wangled your way in to some bouji private club in Soho, or happened to be sitting behind on a long train journey. In series one, there is a Grammy-winning, multi-multi-platinum selling record producer. There is a Russian musician in exile. There is the lead singer of a successful band. There is (in my opinion) the best mastering engineer in the UK today. There is a drummer and percussionist who has played with Madonna, Richard Ashcroft, Tina Turner, Primal Scream, Annie Lennox, Kylie Minogue and played in The Style Council at Live Aid (the first one). There is an artist manager who took a band from the back of a tour van to playing the biggest venues in the world, selling millions of records and cracking the USA.

I think you can already tell, they’re people really worth listening to. I could just never find a way of ‘presenting’ it. The proper way. The professional way. That probably says more about me than I care to acknowledge, but really, maybe the truth is that the best way to present them is just to share them as is. With you. With no bells or whistles.

So here they are.

I’d be really interested to know what you think of them, so please tell me by emailing to: conkillerpod@gmail.com

A very special thank you to Alex Copp for editing and mixing these episodes and to Andrew Thomas for managing their distribution.

Steve Sidelnyk - It's a job, innit?

Neil Treloar - What is it you want?

Arthur Delaney - From Icarus to Lazarus