Governance is the successful maintenance of order in any given polity. Governance takes off with exercising the necessary discipline of personal order on oneself before qualifying to become the ordained standard of providing order in any given polity. This is what translates into the making of being a leader. To become a leader means you have exercised the required inner strength of character in your personal life before exporting it to society. Leadership is simply the multiplication of the strength that produces order in any given polity. Too many weak principled people are in the place of leadership today; because until these principles are internalized, exportable strengths are improbable hence the prevalence of the disorder in our world today.

Today's leaders are challenging norms with conflicting ideas that are unproven and untested of which many at times have crippled and even brought about untold hardships to millions, just because a supposed leader is influenced by an established class of weak principled, corrupted elites who never test or prove their conflicting ideas to be universally accurate before poisoning their polity with weak principles that ruin destinies and jeopardize foundational norms that have supported and sustained societies for many centuries. How do these individuals seek to test something on a massive scale, gambling with the destiny of millions when they are even yet to prove it in their own lives.

This has created a clash of conflicting strengths in our world that is threatening to unbuckle the seams that fabric our communities in place. This is why Conflicts hosted by Mac The-Lion is so crucial at this time because its principles are solidly based on proven and time-tested, universally acceptable strengths that will aid to override the stumblingblock of contradictions that seeks to break down polities that cause states to fail.

Produnomics is a fusion of two words: Productivity and Economics, of which we can define as thus; PRODUCTIVITY: is simply the creation of Worth or the generation of Value, which is the ability to ingeniously substantiate the inherent value contained within; and ECONOMICS: in this context is the distinctive relations of exchanging this created Worth for Wealth, of which the incrementally generated wealth must be reflective in the value of the producer and satisfactory to the consumer.

Productivity births ingenuity that translates into Economic-Relevance for the productive. An idea distinctively conceived and made manifest becomes an invention and successfully applied, attracts a reward mechanism that is economically viable in scope.

For productive economics (PRODUNOMICS) to occur, something more than the generation of a creative idea or insight is required; the idea must be put into a productive activity that makes a genuine difference in the quality of life, thereby rewarding the producer and benefiting the consumer in qualitative goods and services.

The Economics of Produnomics is understanding the reward mechanisms of value generation that in practically identifiable in a monetary system. Money is simply the documentation of encapsulated and quantifiable value and wealth is the quantitative accumulation of realized or exchanged worth. The basic introductory summation of produnomics states that productive incentive generated in the liberty of work deemed as a worthy ideal is the undergirding driver for productive excellence.

PRODUNOMICS as a podcast focuses primarily on the science of resourcefulness, which drills into the how's of using more out of what you already have in order to generate what you need to get ahead in life and business. This podcast traffics in the informational commodity of resourceful intelligence, which is the baseline for productive economic power, cutting across all dispositional discipline into the redefinition of productive destinies, ultimately Generating Worth for Generational Wealth. 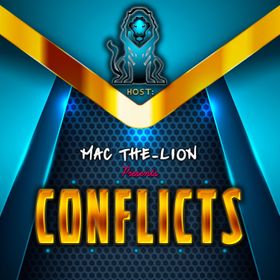