The Big Business Lark was a radio comedy sitcom of partly satirical form broadcast in 1969. It starred Jimmy Edwards and Frank Thornton and was written by Laurie Wyman as a spin-off from The Navy Lark, although no characters cross over between the two shows. In a sense, the spin-off element was in the The X Lark name format.

The show was set in the boardroom of fictional company British United Plastics and was concerned with the business machinations of the chairman, Sir Charles Boniface (Edwards) and his son and deputy chairman, Frank Boniface (Thornton). Plots included landing an order to provide the Red Army with plastic tents, a trip to America to make a good deal from another board member's mistake and an attempt to find a plastic novelty made by the firm for breakfast cereal boxes.

The comedy was more broad farce than subtle satire with Edwards playing a bluff, hard-drinking, chauvinist old rogue character and Thornton his more proper sidekick, analogous to the same role he played against Derek Francis in the other Navy Lark spin-off, The Embassy Lark. 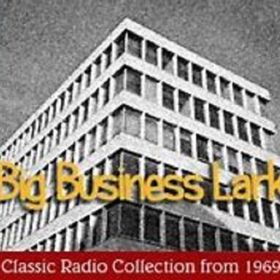