Washed Up in an Emotional Storm | RedCircle

Washed Up in an Emotional Storm

Dear Bitter Single Guy:  I am emotionally fucked. Recently my bf and I broke up, so I guess he’s my ex now… lol. We were/are PERFECT for each other, except one thing: our attitudes towards emotions/relationships. He is emotionally dead, okay maybe not dead, but he has been hurt before and therefore seized up when our relationship became real and therefore he stopped showing me how he felt about me consistently. I have a history of being ignored, treated like a trophy, forgotten, and plain old just treated poorly, and this makes me aggressive and insecure in my relationships. I am a ball of emotion, you will get it all, and it will change seemingly on a whim. Yikes. We both know we need to change, but I don’t know how to change, because I just react. Help! ~Emotional Nightmare~

Dear EN: The Bitter Single Guy is concerned about the combination of someone who is emotionally dead (more on that momentarily) and someone who is aggressive and insecure in relationships. How, the BSG wonders, can you or your Listless Lad even consider staying together with neither of you able to provide what the other needs? The BSG suspects that, as is often the case, there’s more going on here.

First, the BSG has to gentle poke at the idea of your boyfriend (ex-boyfriend) as emotionally dead. Really EN? The BSG thinks it’s more likely that in your heightened sense of emotionality, he appears emotionally lacking, when in fact he’s more or less normal-ish. It’s not uncommon for men (and sometimes women) to “seize up” when a relationship gets serious. Serious relationships require commitment and compromise and suddenly you can’t go out with the guys if you want and if your eyes wander to the busty babe at the next table in the restaurant you’re in trouble and then suddenly you’re figuring out how to get all your belongings into one medicine cabinet…*shudder*. The BSG uses this chilling (to other guys) example to illustrate that seizing up isn’t necessarily a sign of emotional health (or its lack), but can be a sign of emotional immaturity. But all that said, the BSG doesn’t usually get very far trying to diagnose people who don’t write to him, so let’s get back to you EN.

The answer for you is shorter. You know that you react emotionally, that you’re aggressive and insecure, and that your needs change on a whim. Knowing these things is the first step to solving them, but asking that Listless Lad be the one to fix all these issues (or to simply live with them) is a bit much, don’t you think? The BSG recommends you getting some outside help on this. Specifically the BSG recommends a counselor or a group where you can learn and practice some new behaviors that will hopefully calm the storm that your emotions seem to be.

Otherwise you should seek a chap who is so rock-solid in his own emotional confidence that there is plenty of room for you to rage around emotionally without causing any damage to your relationship. 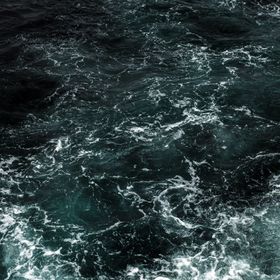