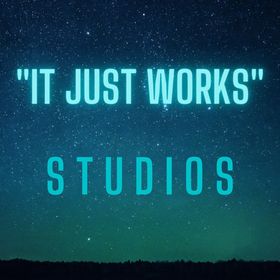 Hi, my name is Ryan and I host the It Just Works! Podcast, I talk about all things I love gaming, movies, and tv shows. I'm a huge Xbox and Nintendo fan so you can expect a lot of conversations in regards to those companies. I occasionally have my friends on to discuss certain topics as well. We're not professionals but we like to have fun discussing so come on in and join us! Also yes the name of the Podcast is a play on Todd Howards iconic phrase "It Just Works" no shade though, we love the man and his work!

#117 "A quick update on the Xbox Games Showcase, and I went viral in the Halo tik tok community?"

#116: Pokemon Scarlet and Violet gets a second trailer, but is it any good? w/Bryan, Brandon, and Eric

#115: Alex is back to talk about Obi Wan Kenobi, Stranger Things 4, Doctor Strange and more!

#114 "Call of Duty MW2 gets a release date, EA is looking to sell to someone, and the Halo TV show finally ended, also Brobi Wan Kenobi comes out this friday"

"Just Working it Out" #2 w/Brandon

#113 "Starfield has been delayed, and we share our thoughts on Halo Infinite Season 2 w/Brandon and Jarrett"

#112 "Can Joseph Staten save Halo? Also, predictions for the Xbox-Bethesda Showcase, and Nintendo Switch Sports is fun?"

#109 "Playstation has their answer to Xbox gamepass, Apex legends Next-gen update is here, also Halo Infinite, Moon Knight, and The Legend of Zelda!"

#108 "The Halo TV show decided to ignore the source material, Also 8 years later and Mario Kart 8 is still going strong with new courses, to finish we talk about Hogwarts Legacy!"

#107 "Quick update on Elden Ring and more, plus we give our full in-depth discussion for Pokemon Legends Arceus"

#104 "Eric is back so we can discuss The Book of Boba Fett, and Peacemaker" SPOILERS AHEAD

#103 "Our First impressions on Pokémon Legends Arceus, and we talk about the Nintendo Direct from February 2022”

#98 "Our GOTY, and the Halo Infinite spoiler cast you've been waiting for"

#92 "Halo is Infinitely getting better and better!!"

#90 "Our thoughts on Metroid Dread, also is Nintendo Switch Online a ripoff?”

#83 "NEW FORMS, NEW EVOLUTIONS?! It's the Pokémon Presents REACTION you've been waiting for..."

"Ubisofts xDefiant is stupid, Pokemon Unite is Good, and Battlefield 2042 really just did that"

"I was wrong about Skyward Sword HD *SPOILERS*, also a new Intro and Outro"

"Looking back at Pokémon Generation 4 #Pokemon25"

"Halo Infinite needed a release date. My reaction to the Xbox/Bethesda Game showcase 2021!"

"Looking back at Pokemon GO, the phenomenon"

EP.67 "Our Predictions and Wishlist's for Nintendo's E3 Direct"

EP.66 "They have RISEN! The Monster Hunter Rise Review is here!"

EP. 62 "Godzilla fights everything. Looking back at Godzilla King of the Monsters w/Alex"

EP. 56 "Reacting to the February 2021 Nintendo Direct with Bryan and Brandon"

Ep. 55 "Talking Elder Scrolls and going off topic with Alex and Jarrett"

EP.53 "#Pokemon25, Celebrating 25 years and Generation One with Bryan and Brandon"

Episode 47 “New Years special! Looking back at 2020 and the last decade of gaming!”

Episode 46 "Merry Christmas everyone!! Also that one awesome Jedi is back!"

Episode 41 "Next Gen is here, But is it worth your money? The Xbox Series S review is here!"

Episode 40 "LOTR vs Star Wars, The Return of the King, and Project Gorgon""

Episode 39 "Thanksgiving Special!! What I'm thankful for and reading your responses"

Episode 38 "Instagram Polls, Wario64, Gears of War is back??? Also Next Gen consoles are fun right?"

Episode 37 "Xbox Series X and PS5 enter the fray, also can we bring back TitanFall 2?"

Episode 36 "Spoilers/Reviews This is the Way S2E2,and the Crown Tundra saved Pokémon?"

Episode 35 "Spoilers on This is the Way S2E1, also the Two Towers of Pokémon and Todd Howard"

Episode 34 "CyberPunk is delayed again, Halo is falling apart, and the Crown Tundra is cool"

Episode 32 "Thank you for the support, Pokemon, and Microsoft saves Gamestop?"

Episode 30 "Looking Back at Apex Legends, Who wants to fly on a zipline? I DO"

Episode 29 "Looking Back at Rocket League, I mean CAR SOCCER!"

Episode 28 "Looking Back at Titanfall, Reuploaded"

Episode 23 "This is the Way Season 2, Playstation wins, and a Theory of the Wild"

Episode 20 "The Sequel trilogy is awful, A Star Wars Story"

Episode 19 "The War is getting Colder, Staten will save Halo, Star Wars, and Reptillians"

Episode 17 "A New Hope Strikes Back and Jedi Return"